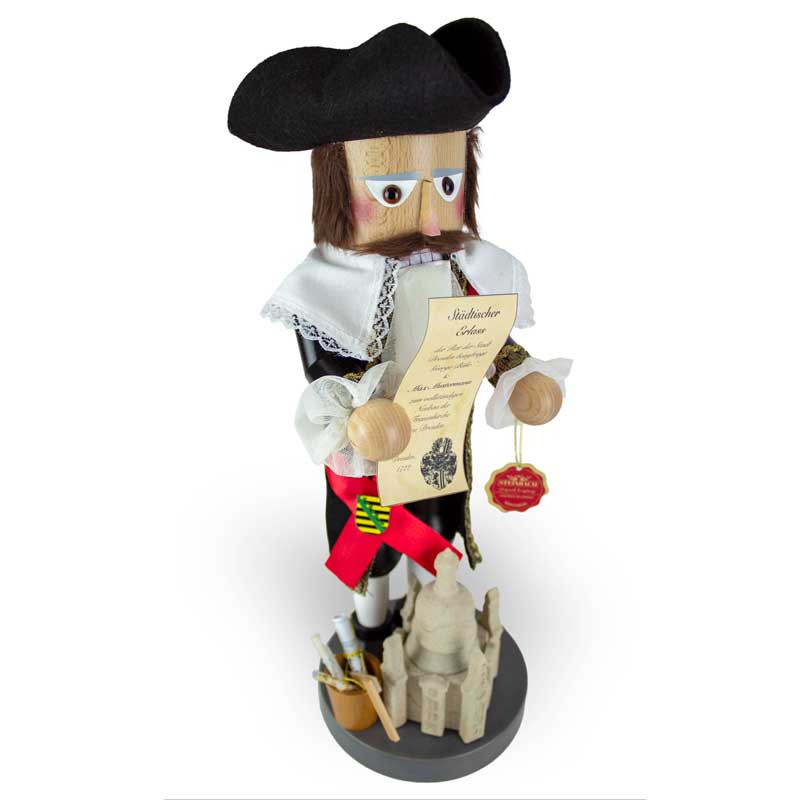 The exclusive special edition "George Bähr" from the series of Saxon personalities. George Bähr was a trained carpenter, was appointed councilor carpenter in Dresden in 1705 and began building his main plant in 1722. The Frauenkirche in Dresden shines out into the world as a symbol of peace. Boldly and masterfully built in the 18th century - it was destroyed in 1945, rebuilt from 1991 and completed in October 2005.

On this occasion we have created a limited edition of 350 pieces. Limited to 350 pieces worldwide - only 150 available in the US.

For Bähr, building the Frauenkirche was the greatest challenge of his life. In the footsteps of George Bähr, the master builder of the Dresden Frauenkirche, we set another monument to him with our nutcracker.

A product of the finest Saxon craftsmanship from "Steinbach".