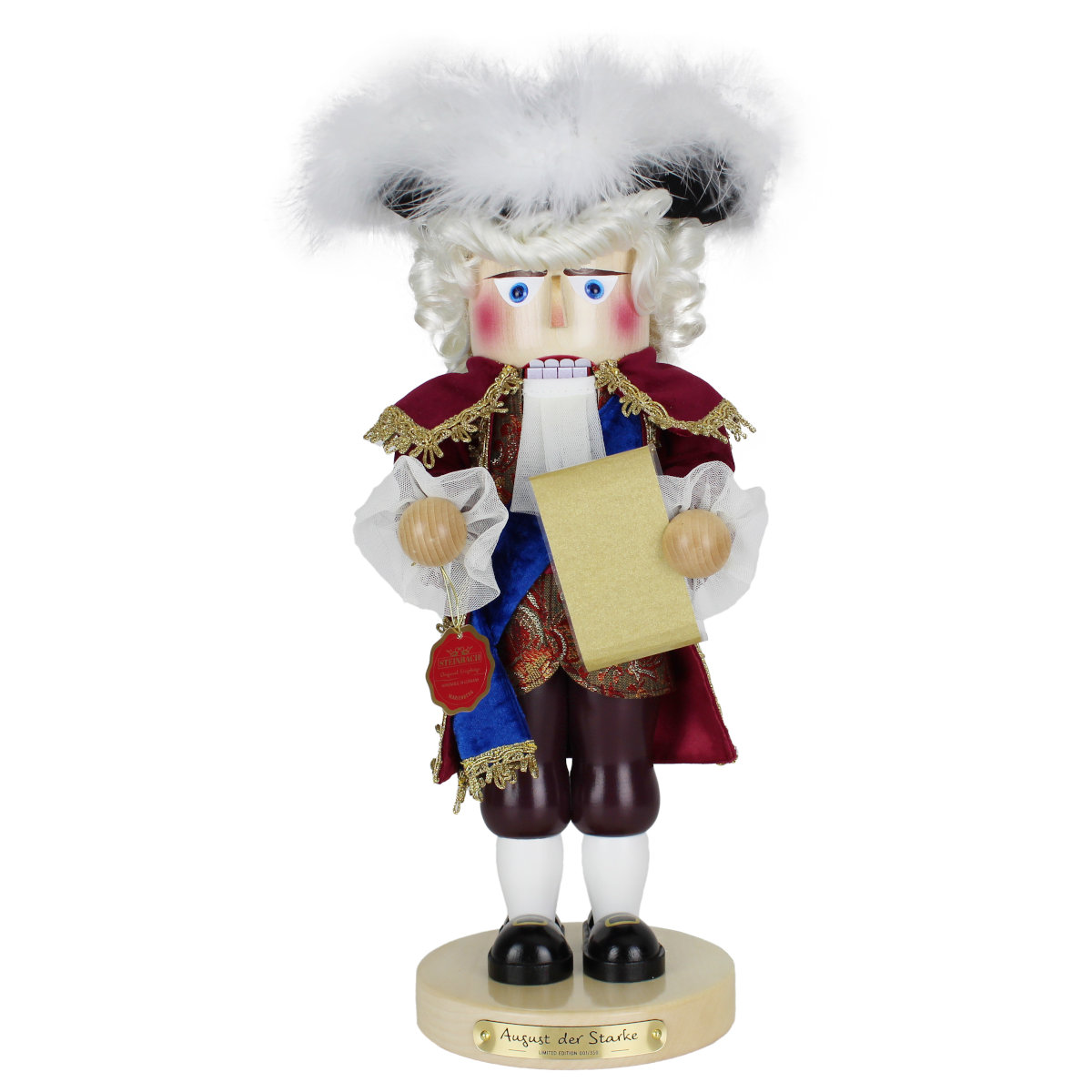 On the occasion of the 350th anniversary of Augustus the Strong (August der Starke), we have created a limited edition of 350 pieces.

Limited to 350 pieces worldwide - only 150 available in the USA.

Augustus the Strong was Elector of Saxony and King of Poland and is one of the most famous representatives of the European kings.

Augustus' great physical strength earned him the nicknames "the Strong", "the Saxon Hercules" and "Iron-Hand". He liked to show that he lived up to his name by breaking horseshoes with his bare hands and engaging in fox tossing by holding the end of his sling with just one finger while two of the strongest men in his court held the other end. He is also notable for fathering a very large number of children.

In order to be elected King of the Polish–Lithuanian Commonwealth, Augustus converted to Roman Catholicism. As a Catholic, he received the Order of the Golden Fleece from the Holy Roman Emperor. As Elector of Saxony, he is perhaps best remembered as a patron of the arts and architecture. He established the Saxon capital of Dresden as a major cultural center, attracting artists from across Europe to his court. Augustus also amassed an impressive art collection and built lavish baroque palaces in Dresden and Warsaw.

A product of the finest Saxon craftsmanship from "Steinbach".